As a first in the history of Mercedes Benz the car was shown to the press two weeks before it was officially introduced on March fourteenth 1963 at the Geneva Automobile Show. This way it was ensured that their reports were out at or before the official launch date of the car. This Benz was eagerly awaited and no one knew, whether it would follow the powerful 300SL or the well known 190SL. It did not follow either of them. As Erich Waxenberger, talented engineer under Rudolf Uhlenhaut once remarked, the car appeared as if a tree had fallen on top of it. The rooftop was, well unusual. Be that as it may, not just the rooftop created some stir, it was also the car’s performance. Everybody had expected a successor to the legendary 300SL.

Daimler-Benz of course was firm in its approach to the new SL’s role. It was neither a 300SL nor a 190SL. It was an elite visiting sports car with superior taking care of characteristics that could transport two passengers plus their luggage in style, comfort and most of all safety. It was a Mercedes Benz very much all alone. To prove the sports-aspect, Rudolf Uhlenhaut, always available for a quick blast around a race course, pushed the 230SL around a 1.5 km round circuit near Montreux in the presence of the press. It was most impressive that the British Grand Prix driver Mike Parkes was not able to drive much faster. His car was not the SL however, his car was a Ferrari 250GT Berlinetta! 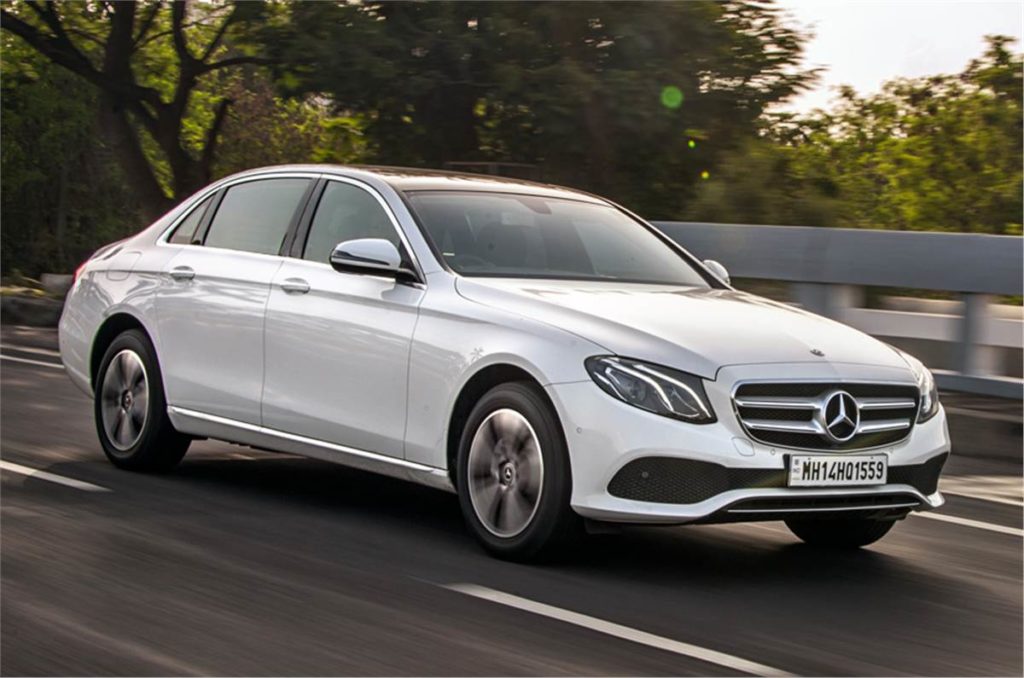 Albeit a considerable lot of the car’s technical features were not new by any stretch of the imagination, it was the combination and their improvements that made this Benz special. The running gear had recirculating ball steering and a double circuit brake system. Girling disk brakes were fitted to the front axle, while vacuum assisted Alfin drums were fitted to the rear. Without precedent for the history of Mercedes E Class such a car could be ordered with power steering and most shocking for most European journalists: automatic transmission. Absolutely impossible! It was not just the press who felt that way, it was the same with most of the European public. No wonder, very few such cars were sold in Europe.

The Americans were already a step ahead, for them the combination sports car and automatic transmission made a ton of sense. What is more, as Daimler-Benz considered selling some 80 percent of the car abroad, this extra was certainly beneficial. The Benz came standard with a four-speed manual with 3.75:1 gear proportion. It was similar to the one used in the 220SE yet with a shorter first gear proportion of 4.42:1 instead of 3.64:1. It should ensure faster acceleration, yet was not universally appreciated, so in 1965 the manual transmission of the new 250S/SE was adopted.

Add a Towing Service to Your Auto Body Repair